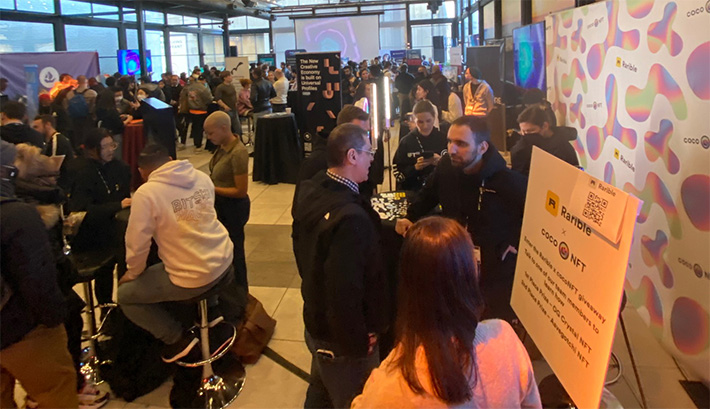 I attended NFT.NYC in Times Square on Wednesday and was blown away by the amount of energy around not only NFTs, but blockchain technology. For the first time, people like street-artists and musicians who rarely take an interest in investing are now developing a liking to extremely niche, complex, and heavily unregulated investment platforms. In a mix of Silicon Valley tycoons and seemingly broke college students trying to make it big, I poked around NFT.NYC and tried to figure out how any of this stuff could be useful to the traditional financial world.

Here’s what I found.

-Blockchains Have Potential
In terms of record keeping, a blockchain’s ability to function as a ledger is the first thing that comes to mind in terms of real world practicality. There are companies out there that are attempting to put mortgages on the blockchain through things like NFTs, but no one at the event was talking about banking documentation. Things like loans, credit history, customer information, and merchant history all would thrive in an objective virtual record keeping database that could cut data processing and approval times into fractions of what they are now. Imagine having all of the information needed for a deal in one place, accessible by anyone that had the credentials to get it?

-These Companies want Cash
With the amount of money in the crypto world being thrown around, startups are popping up everywhere to try to get their piece of the action. With gaudiness and flamboyance being the marketing technique that’s dominating how these companies talk about what they do, it is clear that the key to starting a successful company in the crypto space is how quickly you can legitimize your company to your customers. If lenders are looking to expand their marketshare, this is the place to look. A lender, who will remain unnamed, was handing out business cards at the main showcase of NFT.NYC, and said “we are here looking for opportunities.” There is a huge potential for funding an entire industry in this space, and it seems as if lenders haven’t quite caught on yet.

-It’s marketed by Gen Z,  but Operated by ex-Wall Street
The mix of people who work for these companies is interesting. Outside of the Gen Z people talking about the notion of monetizing art and creativity, it seems the X’s and O’s of the industry are being run by a large portion of former Wall Street people. I met former commodity traders, investment bankers, stockbrokers, and hedge fund people that left that world to get into crypto; and it seems like they’re the ones running the books of these companies. 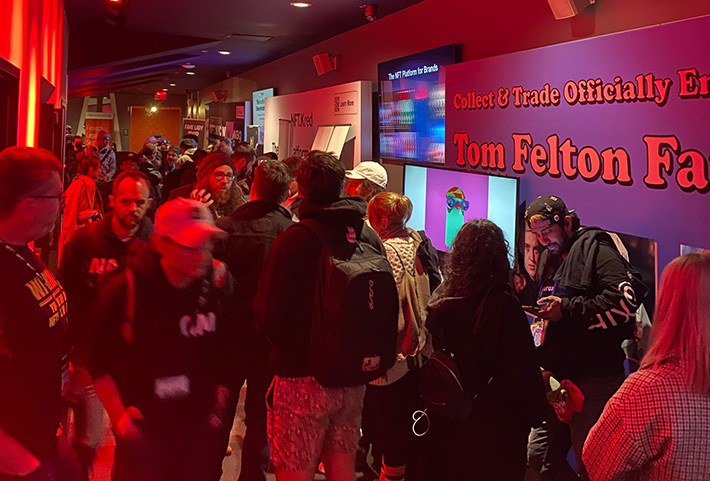 -Learn what an NTT is
A non-transferable token is what one CEO told me will innovate the everyday processes of finance more than anything else in the crypto space. Although he described it as an up and coming, abstract part of blockchain technology, the individual said that these types of tokens give access to information on the blockchain on a one way-basis, primarily eliminating the ability for anyone to access personal information if stored on a blockchain. He said this is an extremely mind boggling topic for most, even in the crypto space, and is largely not talked about because of the complexity of its nature. As more people work with NTTs, this CEO claims that anyone in the field of moving, borrowing, or lending money in the future will be working with NTTs on a daily basis.

-Digital Art is Part of the Hype, the Value is in the Technology
When people hear NFT, they associate it with a JPEG of a funky design that can be purchased and viewed solely the internet. This is true, but will not be the future of this type of technology. The artists who are trying to promote digital arts via NFTs are there to profit off of the hype of the space. The idea of buying a virtual picture for half a million dollars, which actually happened at the event, is just a combination of the excitement around the industry, and it’s widespread financial boasting mentality. The concept of a fully independent, tamperproof form of virtual record keeping that can be used by financial companies to speed up everyday processes is where the ones who have the most knowledge about finance that work in the crypto space are keeping their focus.