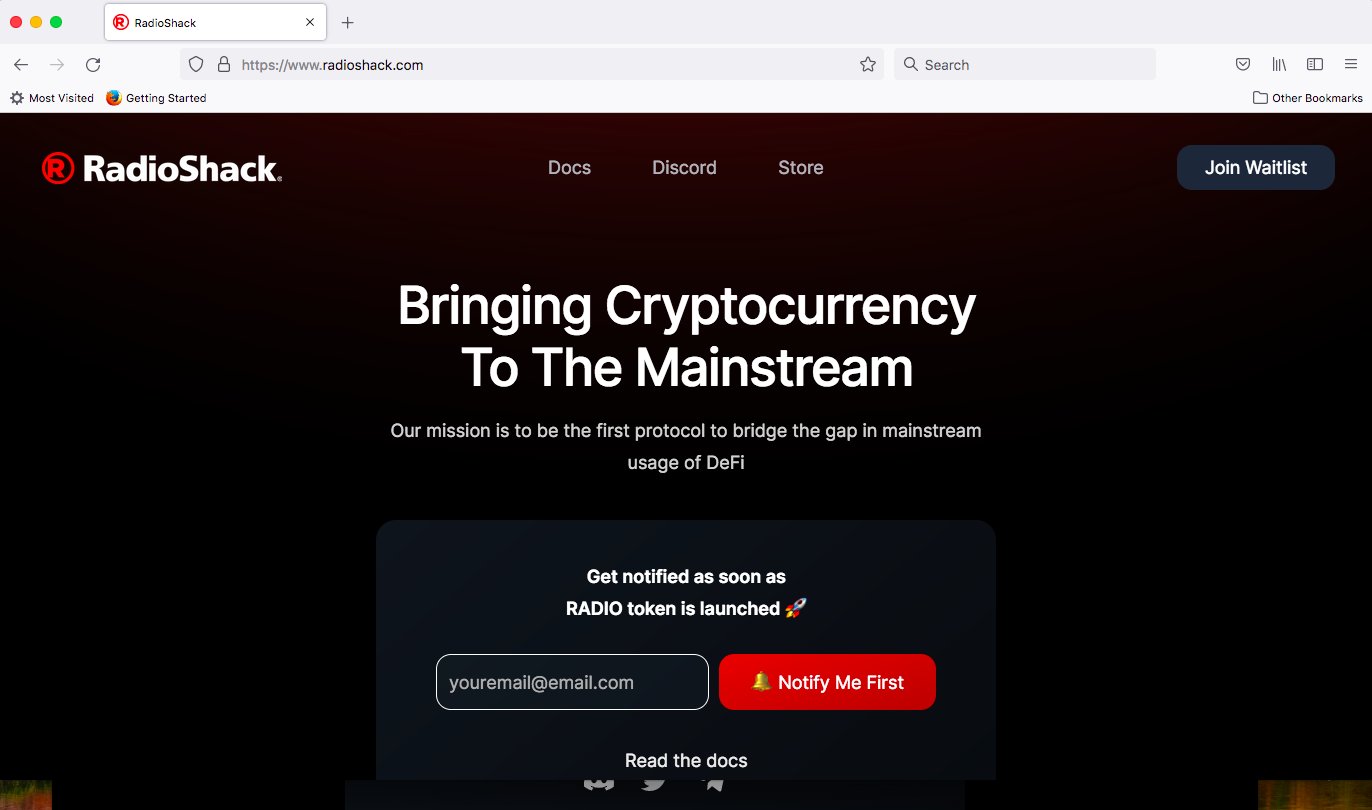 If you had RadioShack on your 2021 DeFi bingo card, congratulations, you’ve won. The company announced that its “mission is to be the first protocol to bridge the gap in mainstream usage of DeFi” and it plans to do this, apparently, by launching a swap.

RadioShack wants to compete with the likes of Uniswap, a smart-contract-based crypto exchange where users can “swap” tokens without having to register on a formal exchange like Coinbase.

The business is a gold mine, according to RadioShack.

“The concept of a swap stands out first and foremost as the place of low-hanging fruit – fruit that is spinning off incredible levels of net profit,” the company said. “Profit not just from speculation like Bitcoin or other cryptocurrencies, but ones born out of trading fees. Some existing swaps like Uniswap or Sushiswap reportedly are doing $1-$7 million net profit per day! They are the current profitable forces of nature in the DeFi world.”

Use of a “swap” is how tokens issued by the ConstitutionDAO crowdfunding saga leaked out into the publicly tradeable marketplace, for example. What was supposed to be a “governance token” to vote on where a copy of the United States Constitution would be held, instead turned into a tradeable novelty asset (like pogs or baseball cards) with a soaring value, all because of decentralized swapping. More than $100 million worth of the novelty governance tokens stemming from the failed bid to buy the Constitution were traded just in the last 24 hours alone, according to Coinmarketcap.com.

“RadioShack DeFi is focused on the early majority,” the company said. “It will become the first to market with a 100 year old brand name that’s recognized in virtually all 190+ countries in the world.”