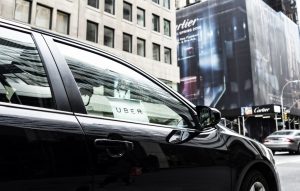 In a recent chat with Bloomberg, Uber CEO Dara Khosrowshahi said that his company would accept crypto payments in the future, but expressed hesitancy because of the environmental impact that comes with Bitcoin mining. Noting that there is legitimate value of certain digital assets, Khosrowshahi said that its the environmental side effects on top of the cost of exchanging currencies that are causing the world’s largest rideshare app hesitancy in accepting them.

“I think right now what we see with Bitcoin and some of the other cryptos is that they are quite valuable as a store of value,” Khosrowshahi told Bloomberg. “The exchange mechanism is expensive, it’s not great for the environment. As the exchange mechanism becomes less expensive, becomes more environmentally friendly, I think you will see us lean into crypto a little bit more.”

The process of Bitcoin mining has been under scrutiny lately. New York City mayor Eric Adams, who took his first paycheck as mayor in Bitcoin, has voiced his concerns about the environmental impact of digital assets. Washington has also followed in Adams’ footsteps, as just last week they launched a formal investigation into the true impacts of crypto mining on the environment.

Tesla also stopped taking Bitcoin last year in one of the first corporate halts of accepting the currency because of its environmental impact. Just like Uber, Tesla’s Techno-king Elon Musk said the company will start again in the future, presumably when the environmental impacts are less substantial.

Apparently, top-brass at Uber is talking about crypto currency a lot. Khosrowshahi told Bloomberg that conversations around accepting crypto, particularly bitcoin, were happening “all the time.”