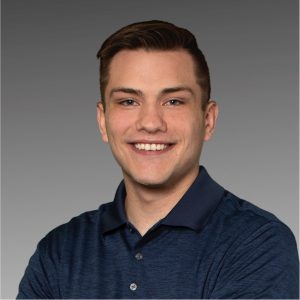 Chad Durrant, a Real Estate broker in Washington state, has taken the headwind of digital assets into his own job’s marketing strategies. In the cutthroat business of real estate, Durrant is attempting to separate himself from the pack by offering those who work with him complementary NFTs as a token of his gratitude.

Durrant placed ads on Instagram that can be seen across the country. The NFTs being gifted are 1155’s on the polygon blockchain.

According to Durrant, the impact digital assets have on the real estate market are not going unnoticed. In a recent conference in Las Vegas, RE/MAX brokers were put through a class about the future of cryptocurrencies and blockchain technology in regards to the real estate industry.

For the most part [the class] was a high level overview of what crypto exactly is,” said Durrant. “After returning from the conference, I realized that most people don’t know what crypto is and have no idea where to start.”

I have a knowledge of NFTs and I know how to create and distribute them, so I thought it would be a fun way for people to get their foot in the door and have a positive experience in this space,” he said when asked about the origins of his marketing campaign. “The digital world isn’t for everyone, and you really need to do your research before buying into projects or into digital currencies. I want to offer a safe, trusted and free way for my clients to own a NFT.”

Durrant spoke highly about the potential of blockchain technology in his industry on a fundamental basis. According to him, this type of tech will serve as the groundwork to the future of record keeping in real estate transactions. “Soon, I believe that NFT’s and the blockchain will start to be a common way for real estate transactions to be recorded,” said Durrant. “NFT’s will be the evolution of a deed of trust.”

“From what I do know about it, they talk about it in passing but this year has been the first that it’s been brought up in their meetings” said Durrant, when asked about if crypto even comes up in conversation either in or out of the office by his coworkers. “There is one [coworker] who buys crypto based on recommendations from his son, and he turned $250 into $10,000 on an NFT of an Ape on the Solana blockchain,” he said. “However, if you asked him to explain what his NFT did and why it was valuable, he wouldn’t have been able to answer you.”

Although the interest is there, the knowledge isn’t when it comes to crypto’s current function in the mortgage world’s water cooler chats. “I’m the only one out of my office that can speak to crypto at a proficient level. At the RE/MAX conference there was a good group of us that are proficient in the area.”

Durrant doesn’t believe that crypto will replace fiat currency, but has confidence they can work hand in hand both in and out of his industry. “I believe that in today’s age, people are scared of anything new or scared of things they don’t know anything about.” Right now, not many people know anything about NFT’s, mining and blockchain. If you ask them about Bitcoin, they’ll probably regret that they didn’t buy into it ten years ago.”

Not only does Durrant believe that knowledge in this space will give him a competitive edge, he also believes that by establishing himself as a crypto-native real estate go-to, he can give himself a tremendous advantage against his competition.