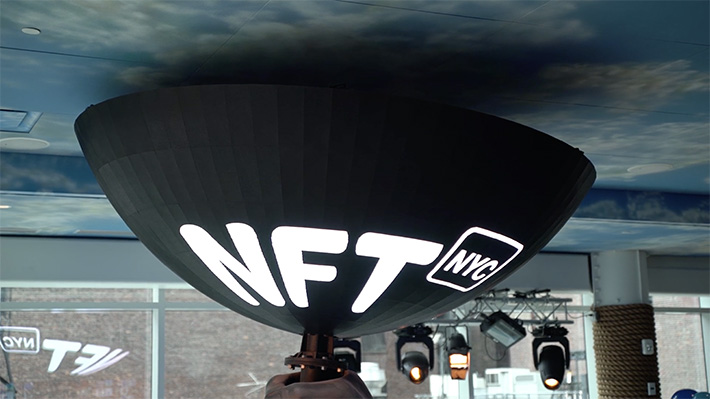 New York City’s largest NFT-focused event is about three months out, as the the area’s biggest crypto show will begin some of its most intense marketing over the next two months. The show is expected to host one-thousand speakers and five-thousand attendees from over 60 countries. According to the NFT.NYC website, the amount of nations being showcased via ticket holders and speakers is up 50% from 2021’s show.

We’re excited to put as many speakers on stage as possible,” said Michael Battaglia, Event Coordinator of NFT.NYC. [We’re excited] to provide a forum for the NFT community to share their ideas.”

The event has gained some serious traction since its inception in 2019. At this stage in 2019, NFT.NYC had no registrations. In 2020, the event had 9 registrations 99 days out.

With all the big names and brands sponsoring the event, NFT.NYC has become an animal of its own on the crypto event scene. As Miami spews with blockchain gatherings, places like Austin and Los Angeles are trying to host similar events. None have branded themselves with an entire city with the amount of success NFT.NYC has. Coinbase called NFT.NYC “the Superbowl of NFTs”.

The event also tops the list in cost for both attendees and sponsors. A general admission ticket is $599 for 2022’s event, with a VIP ticket topping out at $1,400. Sponsorships for the event range from itemized sponsorships in the $2,000 range, all the way up to a $100k VIP platinum sponsorship package. According to the NFT.NYC team, they expect all of their sponsorships to completely sell out throughout the event.