One of the most common criticisms of the NFT scene is the underlying technology that powers them. New users are pitched on the premise that pictures and artwork are permanently embedded into the blockchain, creating an immutable asset that can be held, traded, and publicly examined for authenticity. But that’s not entirely true. The pictures changing hands ($3.5B worth in a single month just on OpenSea alone) are not actually on the blockchains, nor are the images they represent all particularly permanent, which means you could wake up tomorrow to find that your NFTs aren’t loading, the names of them have changed, or worse yet, they’re suddenly all pictures of something else.

But maybe that’s not a bad thing.

There are layers in between the token in your digital wallet and the picture you see on your screen. A minted Non-Fungible Token (NFT) will contain a link to a metadata file stored somewhere on the internet. It could be just like this one here: https://decashed.com/nft/wildcard.json. That’s a metadata file for a real live ERC-721 NFT. Inside that file is yet another link, this one to https://decashed.com/nft/stickfigure-nft.jpg. OpenSea shows you this:

MetaMask shows you the same: 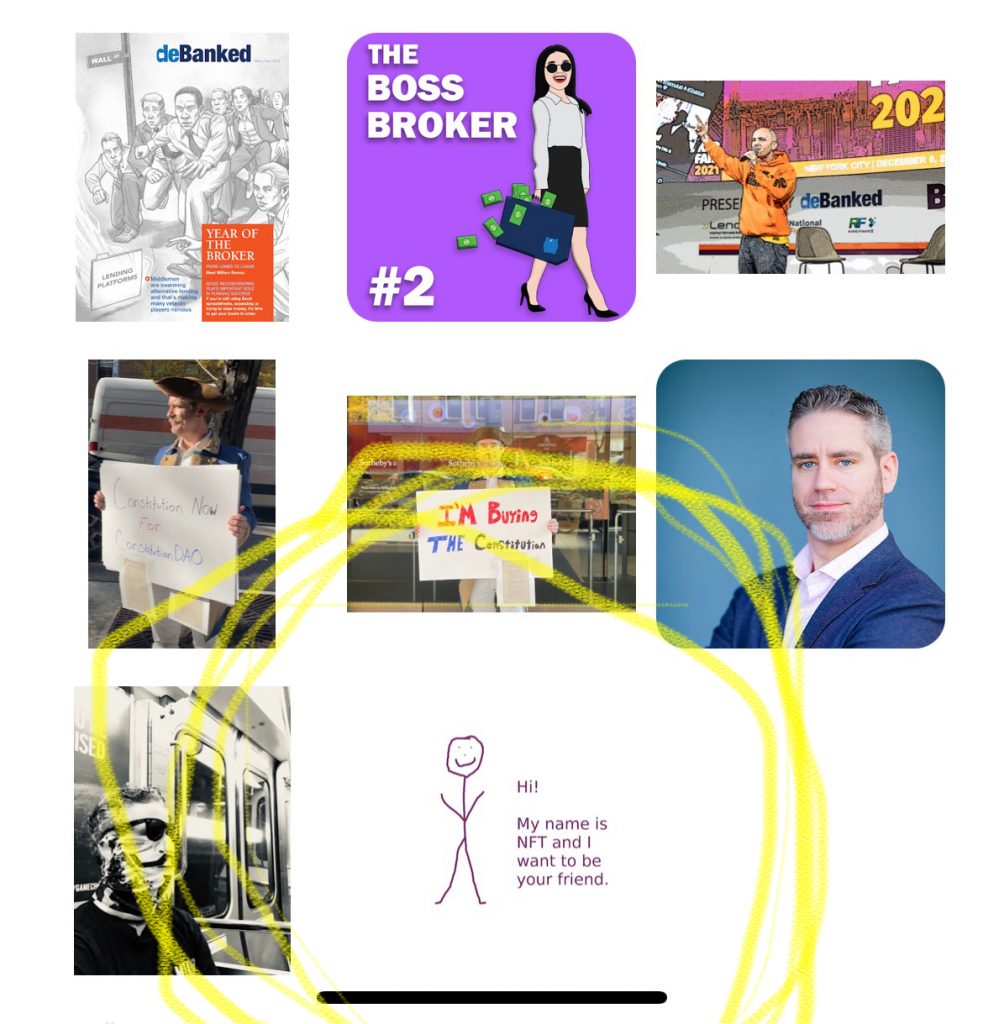 Everything seems to be working as it should, except both references for that NFT live on our servers, not any blockchain’s. So if I sell that one to you, control over the content of that NFT remains with ME. Having run several tests, I’ve since turned that NFT into an animated gif of Theodore Roosevelt, a video about two people discussing regulation, a random logo file, and then back to a stick figure. I then changed the name and the description. Throughout this experiment, there would be nothing that the owner of the token, assuming it wasn’t me, could do about it.

Hopefully you were already aware about these limitations if you’ve made NFT trading a hobby or business. If not, now you know.

Turning a weakness into a strength

While any seasoned crypto enthusiast will simply point out that the metadata file and image file could’ve been uploaded to a decentralized server instead of ours to limit the vulnerability stated above, millions of NFTs on the open market are set up just like mine. And if I can change what’s in your wallet whenever I want, perhaps that’s not so bad, because the ability to amend the content over time could unlock untapped potential. Candy Digital, for example, is now offering Baseball card-style NFTs of players where the stats are updated in real time. Maybe a living NFT such as that, could be more valuable than a static collectible.

Below are a few ideas:

While it’s become trendy to market NFTs as a virtual membership card that can unlock access to Discords, events, and clubs, one should consider that the NFT itself could be the club. Like the Amazon Echo, the NFT could be the conduit for content that can be updated and upgraded on the back-end without having to buy another NFT. MetaMask or OpenSea or perhaps another platform altogether could provide an enhanced interface to consume it all.

Marketers could even find a whole new market for airdrops if they can turn the mass deployed NFTs into active pieces of content that at times convert into ads or commercials throughout the day. That Bored Ape could turn into an ad for Geico for 30 seconds every hour or something. Maybe that’s not what you want to hear, but given how much NFT content already lives on centralized servers, it is only a matter of time before creators start to consider the opportunity that perceived weakness affords.