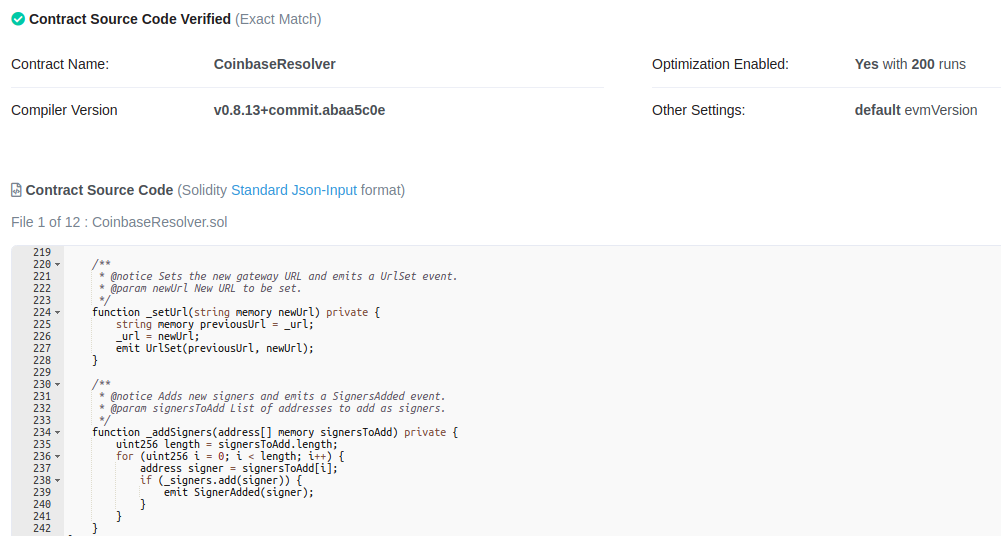 A contract deployed on the ethereum blockchain this week is going to have a major impact on the ENS ecosystem, according to CroissantEth on twitter. Contract 0x0465719485dB64e24d73d1619E03950830E4A5b3, purportedly created by Coinbase Devs, will allow dApps to issue ENS subdomains off-chain but still have them be accessible through L1.

Croissant writes that this is different than just setting up an ENS subdomain because the entire process can be done without L1 transaction fees but still be recognized on the L1 network. This opens up the possibility of setting up unlimited subdomains on L2.

“A gateway can call to a resolver on an L2 network, & get the address corresponding to the ENS domain,” he wrote.

Such a feature will be further enhanced by a new subdomain registrar contract where owners of ENS domains will be able to delegate out subdomains they can’t control while at the same time retaining control of the top line ENS domain. Though he did not state a specific example, one could imagine that readers of our site could own bob.decashed.eth and sally.decashed.eth with no L1 transaction costs while at the same time we, as decashed.eth proper, could not control those subdomains nor would we lose control of our own top level domain.

A major implication of this is onboarding. With no L1 costs, it would make ENS subdomains, recognized at the L1 level, available to everyone that couldn’t previously afford an L1 ENS domain. And since it would actually sit at the L2 level, developers could then customize users “wallets” to be more user-friendly.

It remains to be seen if the speculation behind CoinbaseResolver actually comes to fruition.