For the past three months, deCashed has begun covering relevant topics to a sophisticated crypto-inspired reader. Our team has been slowly creating content, graphics and logos to accompany the deCashed name. With deBanked CONNECT taking precedent over the hard launch of the website, deCashed‘s President Sean Murray officially announced the brand’s launch upon the completion of deBanked CONNECT’s preparation, in his opening remarks at the event.

The announcement came as a surprise to many of the attendees of deBanked’s Miami event. As Miami’s vibrancy attracts a younger audience, it was not surprising to see a younger deBanked reader taking an interest in digital assets. Murray even hinted at the event already having interest in sponsorships, with one legitimate sponsorship deal in the works as of now.

“Everything with the deBanked brand and business will remain the same,” said Murray. “I’ve been using and following cryptocurrency for eight years at this point. [This] will finally provide us with the journalistic runway to expand our horizons into a market we already know [with] so much untapped opportunity.”

deCashed will slowly roll out its inaugural event, taking place in the Spring.

As independent media, deCashed is still in its early days,” Murray said. “It’s live already but stay tuned. We’ve been talking about doing this for a really long time.” 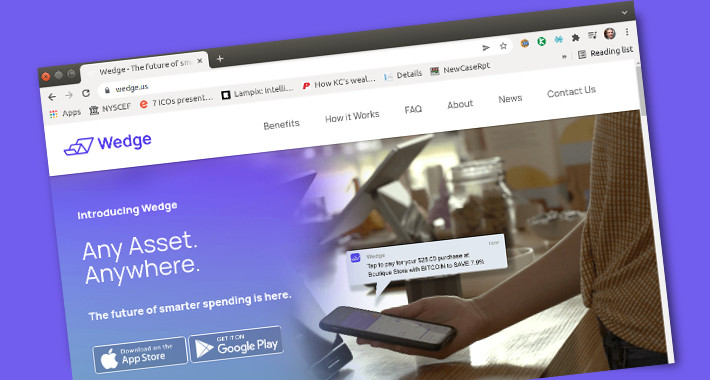 Wedge, a ‘smart’ debit card that lets users pay for everyday purchases with any asset, announced a strategic partnership with Sila Inc., a  fintech software platform that provides payment infrastructure as a service. The partnership between the two companies adds a new and improved layer of speed and safety for Wedge customers.

“The integration with Sila puts Wedge in a position to scale our offering and change the way people think about daily spending,” said Billy Roberts, CEO of Wedge. “Instead of moving money around on antiquated and expensive ACH rails with limited capacities to ledger funds between digital wallets and hold funds for our users, Sila allows us to move funds more safely, more quickly, and at a much better scale than competitors. And our users benefit with more robust and reliable digital wallets where they can securely hold cash.”

While Wedge’s executives spoke of their product changing the infrastructures of spending for an everyday consumer, those from Sila spoke more broadly, highlighting innovation’s impact on the larger financial landscape.

“Fintech is changing the way people spend, save and move money,” said Shamir Karkal, co-founder and CEO, Sila Inc. “Sila is supporting companies that work on what’s next in the payments space.  Partnering with Wedge, we created a vision for how smart spending solutions can really look at scale. We’re excited to bring our companies together to achieve this innovation.”

Wedge changes how consumers use their assets. Things like stocks, ETF, and cryptocurrencies are enabled for use in everyday purchases. Wedge claims to “put money to work in the markets without sacrificing liquidity.” According to them, this model allows their customers to capitalize on market movements any time they make a purchase.

The concept of actively spending investments is not new. Robinhood, one of the world’s largest digital trading platforms, has begun sending its users debit cards.

Regulators have been historically weary of companies that provide bank-like services but aren’t regulated as such. As digital assets become more accepted both domestically and abroad, it’s likely to see crypto-payment mergers moving forward.

Nansen, a blockchain technology analytics company, has announced it will give its employees access to three ‘hubs’ in Singapore, Lisbon and Miami. The company has been fully remote since its inception in 2020.

“Nansen is a remote-first company,” reads an announcement posted on the company’s website. “Most of our team members have never met in person, including two of our three co-founders. With Nansen Hubs we’d like to change that, making it as easy as possible for people to spend time together in real life.”

According to the post, Nansen will pay for all accommodations, flight, and office space for up to three months for any employee to live in one of these three cities. The company is encouraging employees to ‘co-locate’ with others that they have developed virtual relationships with while working remote.

“Our goal at Nansen is to become the number one workplace in crypto,” a Nansen employee wrote in a LinkedIn post. “Today, we are excited to announce that we are rolling out our first Nansen Hubs to take us a small step closer to that goal.”

The hub idea being exclusive to employees is just the start. The goal it seems is to have these hubs act as crypto meetup centers at some point in the future, all brought to you by the Nansen brand. The company plans on hosting events and offering the spaces for people who are both crypto-enthusiasts and who wish to network in-person.

The People’s NFT was born today. A successor DAO to the famed ConstitutionDAO, enthusiasts hoping to continue the mission of acquiring historical artifacts are joining the new discord dedicated to the cause. According to an announcement there, the purpose “is to drive cDAO’s spirit forward.”