Looking for reasons the price of Bitcoin and Ethereum shot up during the pandemic? Exhibit A: a county executive in Tennessee named George Thacker obtained $650,000 in covid relief funds through his local bank and the SBA and then deposited $230,000 of it into his personal Coinbase account, authorities say. He then used that money to buy Bitcoin, Ethereum, and other cryptocurrencies. Using the funds for personal purposes such as that were impermissible.

Thacker pled guilty to wire fraud charges yesterday. He faces up to 20 years in prison at sentencing. 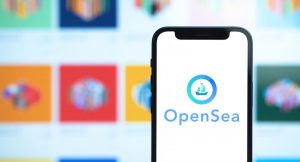 Plaintiff Timothy McKimmy filed a lawsuit against OpenSea on Friday over the alleged theft of a Bored Ape NFT. McKimmy claims that he was the rightful owner of Bored Ape #3475, a digital piece of artwork that sports a cartoon ape wearing a blue hat and black sunglasses.

“On or about February 7, 2022, Plaintiff’s Bored Ape was stolen, listed, and sold to another individual on Defendant’s platform,” the lawsuit states. “Plaintiff did not list his Bored Ape for sale on the marketplace. Defendant’s security vulnerability allowed an outside party to illegally enter through OpenSea’s code and access Plaintiff’s NFT wallet, in order to list and sell Plaintiff’s Bored Ape at a literal fraction of the value (at .01 ETH).”

The plaintiff blames OpenSea’s technical “vulnerabilities” that resulted in the loss. He is bringing two claims:

Plaintiff seeks return of the Bored Ape, damages, and/or redress of more than $1 million.

A copy of the lawsuit can be downloaded here. 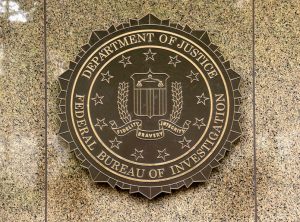 Ilya Lichtenstein and Heather Morgan, married and 34 and 31 respectively, were nabbed by federal agents on Tuesday in Manhattan for their involvement in a Bitfinex hack from 2016. The two were due in court on the afternoon of their arrest, as investigators have their work cut out for them in regards to how this operation was conducted.

“Today’s arrests, and the department’s largest financial seizure ever, show that cryptocurrency is not a safe haven for criminals,” said Deputy Attorney General Lisa O. Monaco. “In a futile effort to maintain digital anonymity, the defendants laundered stolen funds through a labyrinth of cryptocurrency transactions. Thanks to the meticulous work of law enforcement, the department once again showed how it can and will follow the money, no matter what form it takes.”

“Today, federal law enforcement demonstrates once again that we can follow money through the blockchain, and that we will not allow cryptocurrency to be a safe haven for money laundering or a zone of lawlessness within our financial system,” said Assistant Attorney General Kenneth A. Polite Jr. of the Justice Department’s Criminal Division. “The arrests today show that we will take a firm stand against those who allegedly try to use virtual currencies for criminal purposes.”

A release from the DOJ reads “Lichtenstein and Morgan allegedly conspired to launder the proceeds of 119,754 bitcoin that were stolen from Bitfinex’s platform after a hacker breached Bitfinex’s systems and initiated more than 2,000 unauthorized transactions.”

According to the DOJ, there is approximately $900M dollars still unaccounted for.

“In a methodical and calculated scheme, the defendants allegedly laundered and disguised their vast fortune,” said Chief Jim Lee of IRS-Criminal Investigation (IRS-CI). “IRS-CI Cyber Crimes Unit special agents have once again unraveled a sophisticated laundering technique, enabling them to trace, access and seize the stolen funds, which has amounted to the largest cryptocurrency seizure to date, valued at more than $3.6 billion.”

“Criminals always leave tracks, and today’s case is a reminder that the FBI has the tools to follow the digital trail, wherever it may lead,” said FBI Deputy Director Paul M. Abbate. “Thanks to the persistent and dedicated work of our FBI Investigative teams and law enforcement partners, we’re able to uncover the source of even the most sophisticated schemes and bring justice to those who try to exploit the security of our financial infrastructure.”