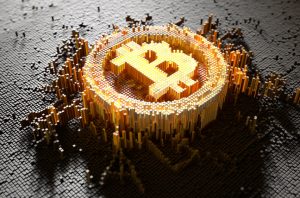 The Ukrainian government voted to legalize the use of digital assets on Wednesday, as the future of their fiat-based economy is in question pending the intentions of over 100K Russian troops at their borders. The ruling passed without abstention.

The country has had a murky past with crypto, primarily mining, for years. With much debate back and forth about the legality, environmental ethics, and government regulation surrounding bitcoin mining in Ukraine’s recent history, the political climate in the country looks to have sparked a desire to give the economy and its citizens every chance of financial survival should a foreign superpower take over their country.

Should the Russians invade, Ukrainian citizens may turn to digital assets in order to purchase the goods they need. Digital assets have been used as a mechanism to preserve the personal assets of millions of displaced citizens across war-torn areas like Afghanistan, Libya, Syria, and Palestine.

In the skirmishes that have taken place with Russian-backed separatists, some reports even claim that the fighting is being partially funded to the tune of $500K by crowdfunded bitcoin.

The tie between political conflicts in Ukraine and the global digital asset market is yet to be known. The legitimacy and practicality of the institution as a truly ‘decentralized’ form of finance is facing its biggest test as of yet.