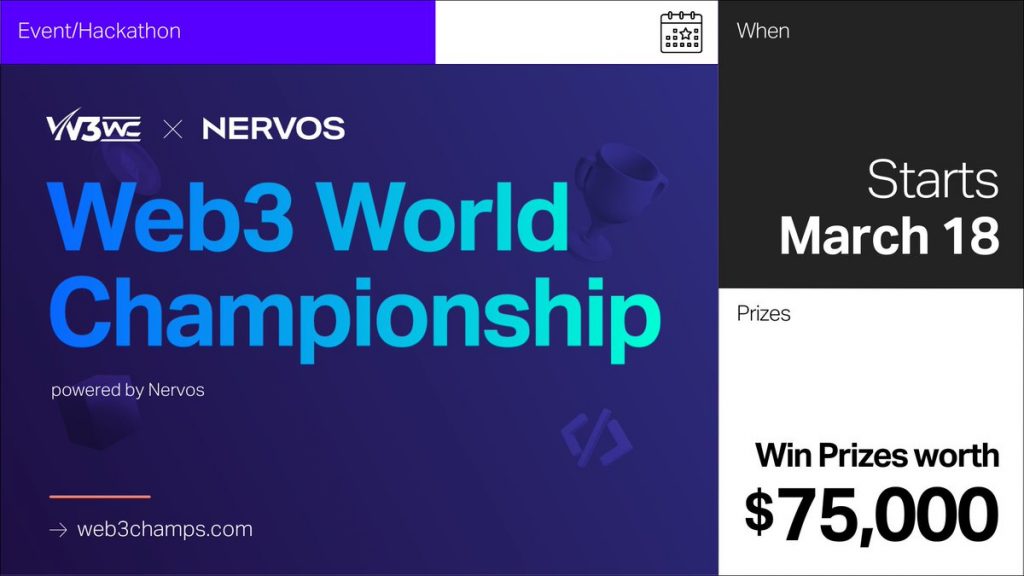 Nervos, a blockchain protocol and ecosystem with an effort to solve the industry’s biggest problems announced the upcoming Web3 World Championship, a global hackathon aimed at highlighting, supporting, and promoting the best talents in Web3.

Prizes up to $75,000 in ‘CKB’, the native token of the Nervos Network and exclusive NFTs will be given to the winning individuals and their teams.

The event is jam packed with events creating digital asset-based projects. With events like a ‘100 meter dash’ and a ‘Relay’, involving porting their Ethereum decentralized app to Nervos and creating a dApp and launching it via Nervos respectively, it is surrounded with the idea of doing different types of software work surrounding the host company’s infrastructure.

“The world of Web3 offers unprecedented opportunities for creativity and innovation powered by blockchain technology, and that’s the inspiration for this hackathon,” said Kevin Wang, co-founder at Nervos Network.

Other events include minting NFTs, and being judged on both time minted and artistic integrity. The teams that create the top 10 NFTs will each win $1,000 in CKB. In the event dubbed ‘Marathon’, teams will battle to build a meaningful decentralized applications and launch it on Godwoken. The winning team will receive $15,000 in CKB, and the second and third place winners will receive $13,000 and $7,500 in CKB, respectively.

“The Web3 World Championship, one of the first events of its kind, will not only showcase how easy it is to port an Ethereum dApp to Nervos but also give developers and team a clear path to contribute to our burgeoning ecosystem.”

The hackathon will launch online March 18 and run through May 2. To join the event or get more details on the prices at stake, click here.

This story is developing… 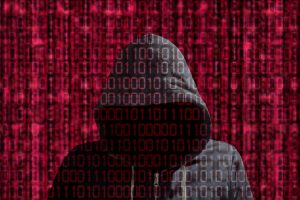 OpenSea threw an alert up on its site on Saturday evening after dozens of users on twitter began clamoring about unusual activity that looked to be the result of a hack. Around 8:15 ET, one user claimed that 273 eth had been drained from his wallet in addition to countless NFTs.

We are actively investigating rumors of an exploit associated with OpenSea related smart contracts. This appears to be a phishing attack originating outside of OpenSea's website. Do not click links outside of https://t.co/3qvMZjxmDB.

Several users have pointed out that a malicious party could have copied and pasted a standard email that OpenSea had recently sent out to its users to inform them of a system update. A replica fake phishing email may have tricked users into signing away their wallet’s access.

Eth wallet: 0x3e0defb880cd8e163bad68abe66437f99a7a8a74 has already been fingered on Etherscan as the destination for the stolen funds. Presently the address has 641 ether in and dozens of NFTs including 3 Bored Apes.